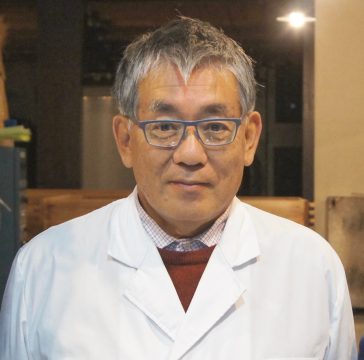 I would like to start writing the photo essay titled "Scenery from the sake brewery", in which I introduce the techniques of Japanese sake brewing, central Kyoto and atmospherically changing seasons in Fushimi area.

Matsumoto Sake Brewing Co., Ltd. (Matsumoto Syuzo in Japanese), a long-established sake brewery located in Yokoojimisu Daikokucho, Fushimi-ku, Kyoto, Japan, is the very stage in this essay.
I would say it’s my pleasure if you keep reading and enjoy it. 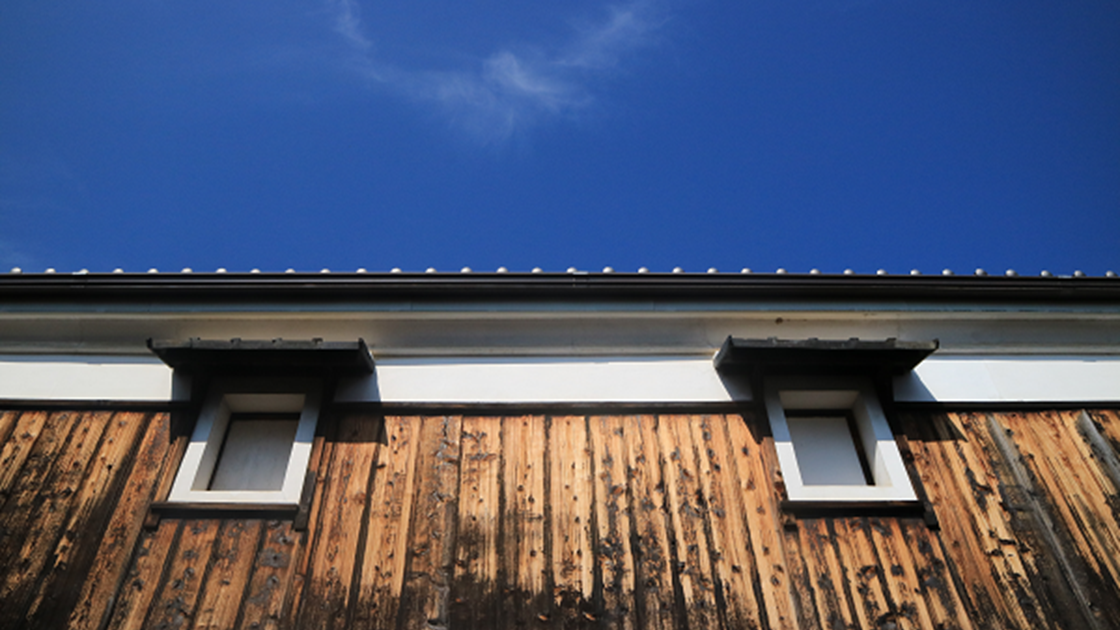 To start off, let’s trace back the history of the brewery to date.
In 1760, Jihei, founder of this brewery, was born as a son of Matsumoto Hikoshiro, a feudal retainer of Hikone-Omi Domain.
In 1791, he bought a license of sake brewing and started the sake production business at Hiyoshi-cho (now Shichijo-street Honmachi-nishi-iri) on the Shichijo Fushimi Road in Kyoto.
In 1923, Jibei, the seventh generation of the brewery owner, built a new brewery in Yokooji, Fushimi-ku, south of Kyoto City, to seek the best quality water. 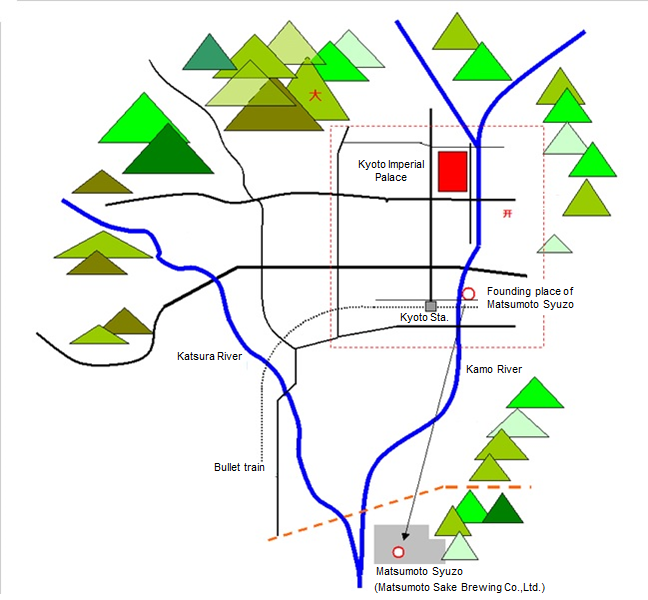 The ingredient of Japanese sake is “White rice”. It is a staple food in Japan and polished rice from “Brown rice”. Here, I would like to put a high value on another ingredient for sake brewing. It’s “Water”.

As well as Nada, Fushimi area in Kyoto is another center for sake brewing and receiving a compliment together called “Nada and Fushimi”. Although white rice is undoubtedly important for sake brewing, we can’t miss the most important ingredient, that is a water. In Nada, groundwater called “Miyamizu” makes sake dry taste. In Fushimi, the one called “Fushimizu” makes sake mild taste. We traditionally call them masculine sake and feminine sake respectively. In both cases, the groundwater contributes to the quality of the sake.

What is the definite difference of sake brewing process from wine and beer? In sake brewing, brown rice, which is the raw ingredient for the grain, is polished (rice polishing), washed with enough water (rice washing), dipped in water to absorb the moderate amount of moisture into the rice (soaked rice), and steamed (steamed rice). Therefore, water plays an extremely important role for sake brewing. 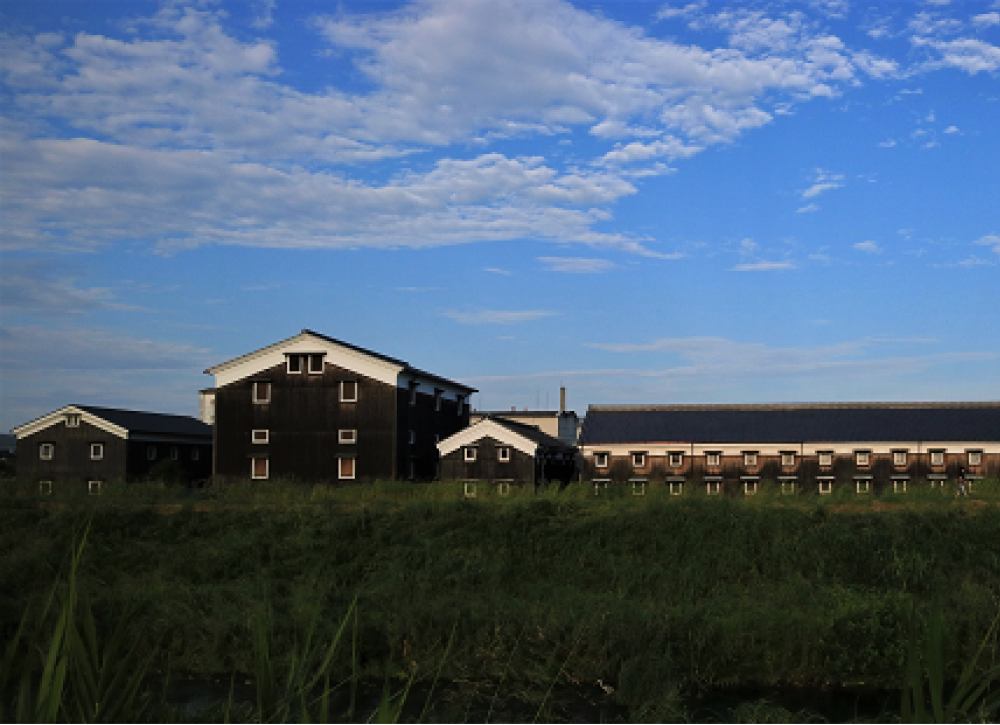 Today, approximately 1,500 sake breweries are in operation in Japan, the top priority to find the location for sake brewing is to secure water sources. The importance of quality of water has been almost proved by modern science, however, even in the period when the importance of water was not recognized, sake brewers courageously moved their breweries to new locations to seek the best quality of water and they continuously made efforts to improve the quality of their sake. They secured the water source and established techniques harmonized with the quality of each water. I highly respect their challenging spirit and foresight.
I would like to go forward this essay further into Fushimi.

Nowadays, most tourists of foreigners and Japanese show interest in Kyoto Imperial Palace, Kinkaku-ji, Ginkaku-ji and Kiyomizu-dera in the city. As for Fushimi, many people see it as just an ordinary area located in the southern part of Kyoto City in this time around. So, let’s trace the history of Fushimi.

As those who are interested in Japanese history know, after the Edo period lasted for as long as 300 years, Meiji Restoration broke out and the following turbulent periods in 20th century, Meiji, Taisho and Showa, passed through, and then lead to the present day. The period before the Edo period is called the “Azuchi-Momoyama” or “Shokuho period” when Oda Nobunaga and Toyotomi Hideyoshi played outstandingly in the age of provincial wars. Toyotomi Hideyoshi, who made an end of wars as a winner in 1594, built “Fushimi Castle” in Momoyama, Fushimi village. (3) This Momoyama area is was actually the “Capital city” and he build a new peaceful era. Fushimi is located at the southern end of the foot of mountain called Kyoto Higashiyama, and the castle town was established on the west side of the hill, spreading to 4 km in east-west and 6 km in north-south, and the population counted tens of thousands.

Fushimi is also the confluence point of the Kamo River running from east and Katsura River running from west to form Yodo River and there was Ogura pond in southern area. So, Fushimi was an strategic place for connecting Osaka and Kyoto by water transportation. The castle town where the remote residences of lords from all over Japan were seen was really what we call Fushimi area.
Even today, after getting off the train, we see the bustling “Otesuji Street shopping street”, which runs from the old Otesuji Gate. And the names of towns derived from the lords, such as Hizen-cho, Mori Nagato-cho and Shimazu-cho, peacefully remain.
Although Ginza in Tokyo is famous today, Ginza in Fushimi is actually the birthplace of Japanese money economy continuing today.

Fushimi is located in the southern part of Kyoto, surrounded by mountains on three side, and the name of Fushimi is derived from underground water. (“Fushi” means “Fusu” or “lie-down”.) There is huge amount of groundwater called “Kyoto water basin”, which reserves 21.1 billion tons of water that is almost equivalent to the water volume of Biwa lake.

Gokounomiya, shinto shrine at the east “Momoyama-Goryomae” station of Kintesu railway, was named by Emperor Seiwa (850-881) because of the natural spring water coming out. The water is still called “Gokousui” or “holy aroma water” and is very popular among local people.

It is said that the front gate of the shrine was transferred from Fushimi Castle. Since then, sake brewing business rooted there and started flourishing in the following era. 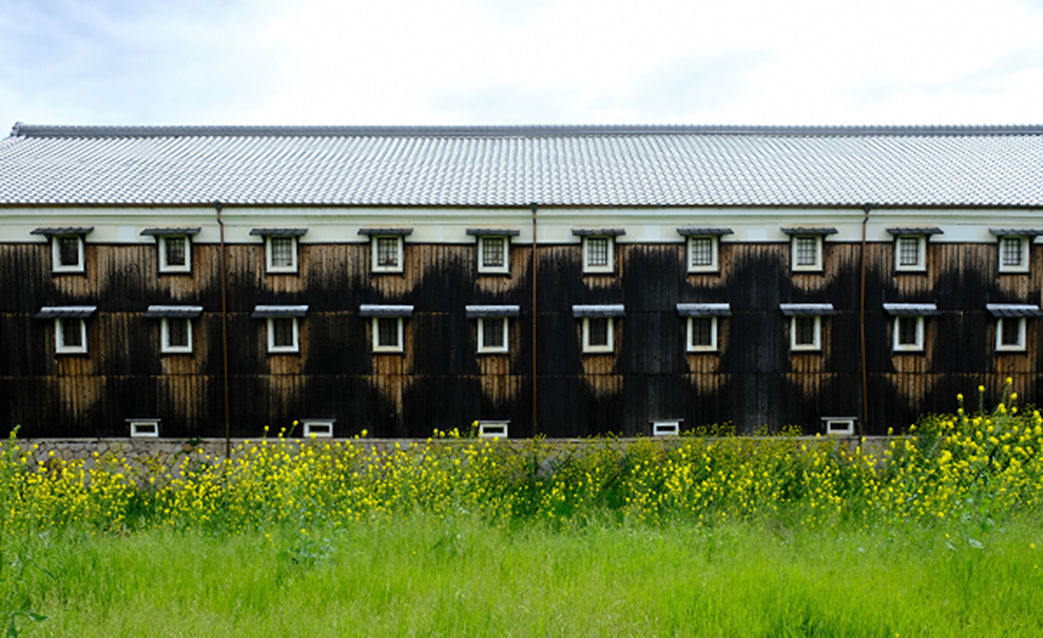